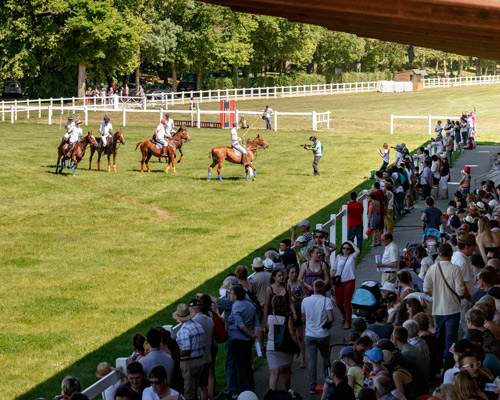 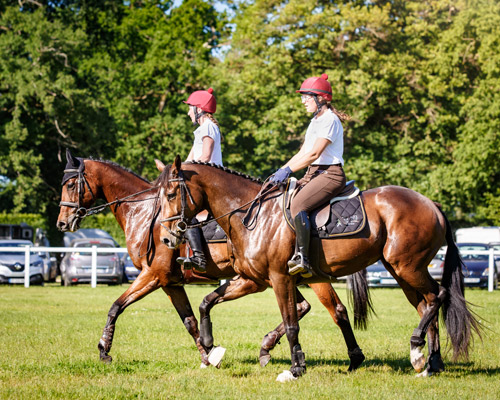 Under the beating sun, Au-Delà Des Pistes organised their first retrained racehorse day of the year on Thursday 25th May at the Le Lion d’Angers racecourse.

In partnership with the racecourse managers, two demonstrations of polo and eventing, took place in between races during the race day which features the longest cross country race in the world, the Anjou Loire Challenge. More than 13,000 spectators were on site and a number of them witnessed the demonstrations and they were dumbfounded by the versatility of the ex-racehorses on view. The polo demonstration was undertaken by the Passion Polo Club, animated by Guillaume Alibert, based in the Cheviré-le-Rouge region, while the eventing demonstration was performed by two ex-racemares, Marvillia (by American Post) and Abi Pretty (by Roli Abi), ridden respectively by Anaïs Rimbod and Manon Fillious, who work for the Chantilly based trainer Mikel Delzangles. The ADDP team also manned a stand at the centre of the racecourse to meet both amateurs and professionals on site to explain the charity’s objectives.