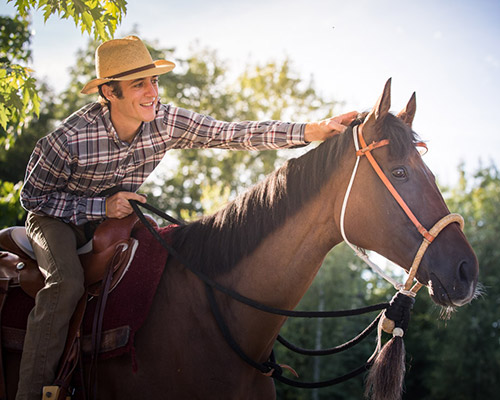 A few weeks after the first Retrained Racehorse Day of the racing season was held at the Le Lion d'Angers racecourse, the French charity Au-Delà Des Pistes is already organising the second edition of the year, on Sunday 9th of July, at Chantilly racecourse, during the Prix Jean Prat (Gr1) race meeting.

Indeed, in a month’s time, the second 2017 Retrained Racehorse Day will be held at Chantilly racecourse where three equestrian demonstrations will be performed by ex-racehorses as well as a parade of the champions held inside the winner’s enclosure.
Cirrus des Aigles, as the "Guest Star"
The Au-Delà Des Pistes team is pleased to announce the presence of Cirrus des Aigles, Equine Ambassador of the association, who will parade in front of the public. After retiring from racing in the spring of 2016, Cirrus des Aigles was sent to Normandy to begin his retirement under the care of Christophe Soumillon and his family. This winter, he returned to the stables of his ex-trainer, Corinne Barande-Barbe, to see him through the winter months.
This event, organized by Au-Delà Des Pistes, aims to demonstrate to the general public and the racing industry, the potential of thoroughbreds following their racing careers.