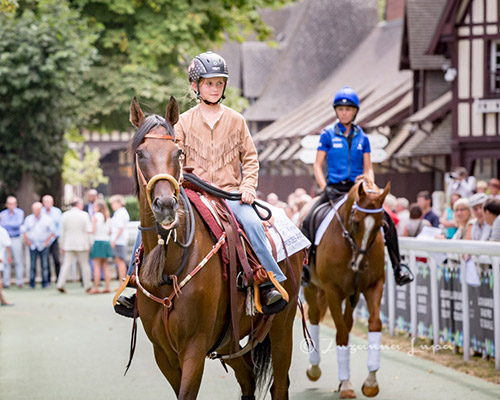 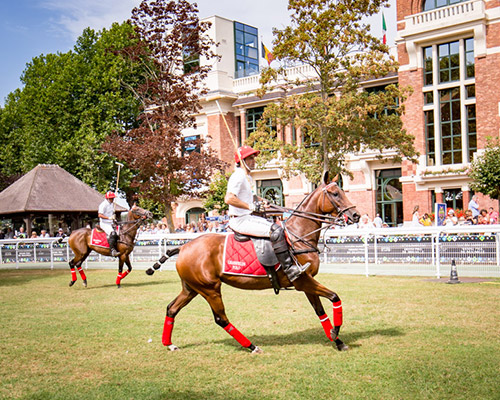 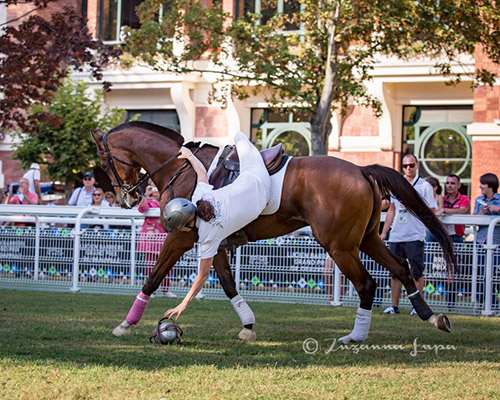 Au-Delà des Pistes, in partnership with France Galop, are delighted to announce their second raceday held in honour of retrained and retired horses at Deauville-La Touques racecourse, on Saturday 26 August, as part of the Lucien-Barrière sponsored meeting.

One of the highlights of the 2016 Retrained Racehorse Day was the Champions’ Parade and this year’s renewal of the hugely popular event promises to be even more emotionally-stirring event with the return to the parade ring of the mighty SOLOW, the Champion Older Horse of 2015, in an undefeated season that included wins in the Dubai Turf (Gr1), Prix d’Ispahan (Gr1), Queen Anne Stakes (Gr1), Sussex Stakes (Gr1) and Queen Elizabeth II Stakes (Gr1) for his owners Wertheimer & Frère and trainer Freddy Head.  The handsome grey will be joined by the ever-popular Au-Delà des Pistes ambassador, CIRRUS DES AIGLES, whose exploits need no introduction.
Also taking part in the parade are REMEMBER ROSE, winner of the Gras Savoye Grand Steeple-Chase de Paris (G1) and the Prix La Haye Jousselin (Gr1), as well as three former Godolphin stars, the Dubai World Cup winning duo of AFRICAN STORY and PRINCE BISHOP, and 2005 Ascot Gold Cup (Gr1) winner PAPINEAU.
Stunning Displays of Equine Versatility
One of Au-Delà des Pistes principle objectives is to promote the thoroughbred’s capabilities beyond the racetrack, both to the public and racing professionals, and retrained racehorses will be showing off their new skills in a series of demonstrations to be held between the eight scheduled races.  These will include displays of Dressage, Western Riding, Horseball, Polo and Show Jumping.
Up-close and Personal with Ex-Racehorses
Racegoers will also have the chance to get close to some of the participating thoroughbreds with organised visits accompanied by members of the Au-Delà des Pistes team.  The team includes a wide-cross section of volunteers from the racing industry, who are passionate about the horses that have been so good to them and eager to support initiatives which provide the horses with happy outcomes.
An Information Stand
Au-Delà des Pistes and their partners will be hosting information stands on the racecourse, where horse lovers, riders, and racing professionals can come to learn more about how to ensure a safe transition into a second career.