A successful first stage of the Au-Delà des Pistes Trophy 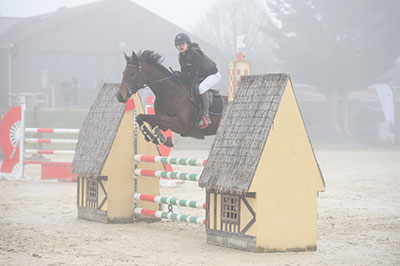 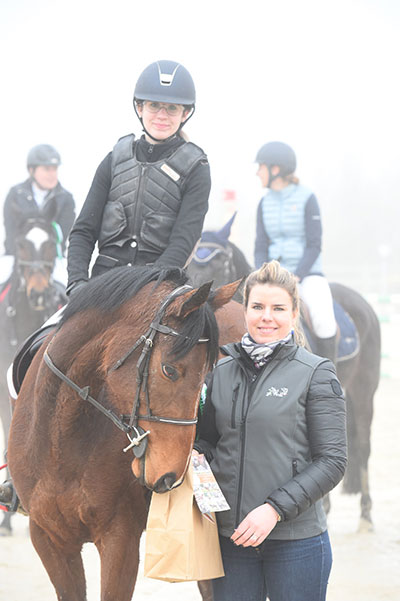 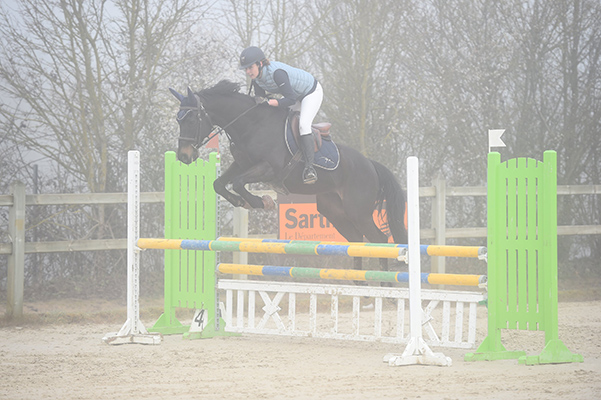 On Saturday, 15 pairs lined up at the "Boulerie Jump" centre in Le Mans, for the inaugural stage of the first French show jumping competition reserved for ex-racehorses from the flat and jumps. This amateur competition was the initial stage of the Au Delà Des Pistes Trophy, which will have 6 further competitions until the final stage on Saturday 29th September.

The mare, GRANDE ACTRICE, ridden by Emma Moreau won the first stage impressively in a fast time without any faults. This six year old daughter of Della Francesca, had a modest racing career on the flat and over hurdles for trainer Eric Bergougnoux, before being retrained at the end of 2016.

Other notable entries in the competition were:

• SINGAPORE SLING, winner of the 2016 G3 Prix Romati at Enghien for trainer Alain Bonin and now ridden by Océane Canon. The gelding’s previous owner, Mr Gueudar Delahaye, made the trip especially to Le Mans to watch his ex-racehorse in his new career.

• VALARIK, winner of his only two career starts for His Highness the Aga Khan, the youngest and least experienced of the equine showjumpers, he was partnered by Robert Danloux.

• Plus many other ex-racehorses with promising to modest race careers behind them, they all tried their best for their new owners in this inaugural competition.

The next stage will take place on Sunday 1st April, at the same venue under the sponsorship of leading Chantilly based trainer, Nicolas Clement. He has agreed to sponsor the monetary prizes given to the horses and riders that finish in the first eight places, of the second stage. The entry deadline for the second stage will close on 26th March on the FFE (Fédération Française d’Equitation) website.

The full results for the 1st stage of the Au Delà Des Pistes Trophy on Saturday 17th March: