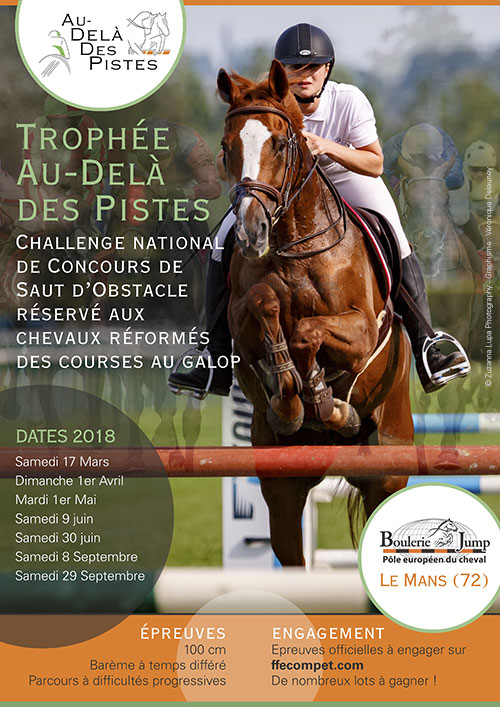 Following the victory of the mare GRANDE ACTRICE and Emma Moreau during the first stage of the Au-Delà des Pistes Trophée which was held on Saturday 17th March on the prestigious site of the “Bouleries Jump” in Le Mans, the second stage of this first French show jumping competition reserved for ex-racehorses will take place on 1st April, in the same enclosure.

The entry deadline will close on 26th March and are to be made on the official website of the French Equestrian Federation, www.ffecompet.com.

Recall in terms of the 7 stages that constitute the Au-Delà des Pistes Trophy 2018, a general classification will be established for the winner of this first edition. Competitors who participated in less than 3 stages will be ranked in the general ranking.