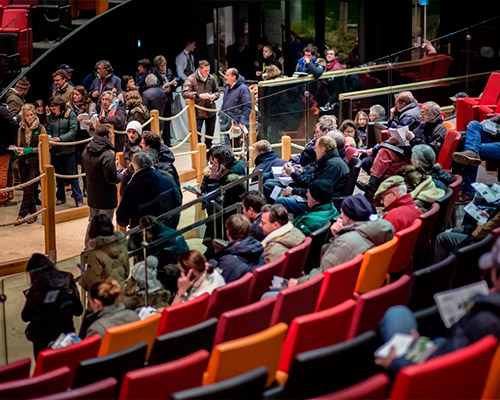 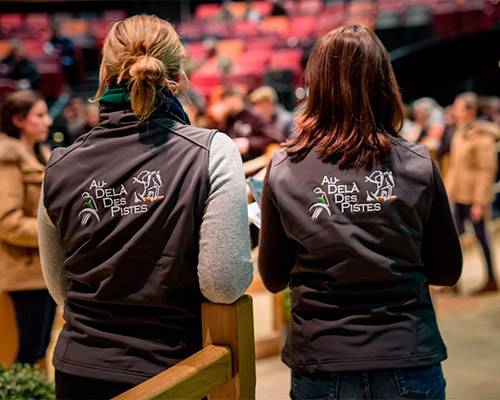 This Friday, on the eve of the Arqana breeding stock sales, the recently formed French aftercare charity, Au Delà des Pistes held a stallion nomination auction. This fund-raising event was for the benefit of the charity, which was set up under the initiative of The Aga Khan Studs and Godolphin, in order to promote the retraining of racehorses in France.

Fourteen nominations were auctioned for a total of 285,500 euros :
These funds will be used to finance the following objectives :
Au Delà des Pistes would like to thank all the owners, stallion managers, studs and buyers that
contributed to making this event a success. We would also like to mention the under bidders namely
Andreas Putsch, Jean Biraben, Mandore International Agency, Alec Waugh, Chryss O’Reilly, Blandford
Bloodstock, Ghislain Bozo and White Birch Farms that assisted in raising this fund. Furthermore the
Arqana sales team organised a faultless auction, while there were several partners that generously
donated their time and services for the event, notably Jour de Galop who gave a 2016 Yearbook to each
buyer, Henri Morel who donated the food and soft drinks for the cocktail and Constantin de
Lencquesaing the Financial Director of the Aga Khan Studs who gave the wine from his family’s
vineyard, Château Bonadona (2013).
Aliette Forien, owner of the Haras de Montaigu and also President of Au Delà des Pistes, said after the auction: « Once again the bloodstock industry has shown a united front for this cause that affects us all. I would like to sincerely thank all the studs and stallion owners that gave nominations to this auction but also the buyers and under bidders that all helped to make this auction a huge success. The funds raised will allow Au Delà des Pistes to achieve their objectives set for 2017. This is both encouraging and exciting for the future of this project ».