First Trade Show of the Year for Au-Delà Des Pistes 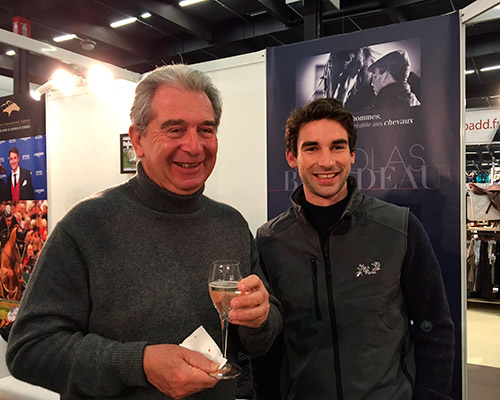 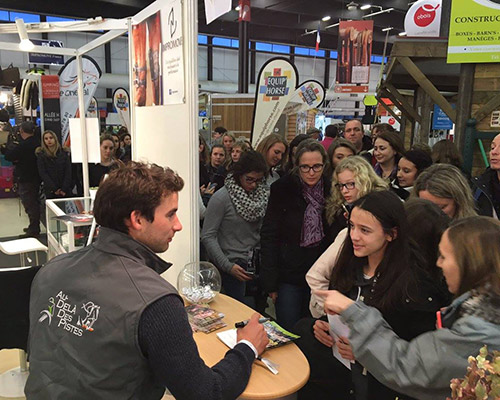 At the Bordeaux International Showjumping competition, which ended on Sunday evening, the Au-Delà Des Pistes charity took a stand during the four day event to meet the French equestrian community in South Western France.

At the Bordeaux International Showjumping competition, which ended on Sunday evening, the Au-Delà des Pistes charity took a stand during the four day event to meet the French equestrian community in South Western France.
The principle objective was to promote the retraining of racehorses to equestrians in this part of the country. Au-Delà des Pistes was part of a group of horse racing professionals that gathered together to take a joint stand. The SO-Horse-Alliances, led by Babette Schily is a "cluster" of South Western French racing organisations and they include the bloodstock agency Mandore International and Bordeaux-Le Bouscat racecourse which also took part in this event. Together this group was able to convince both the equestrian public and professionals on the potential of thoroughbreds and the racing world.
Au-Delà des Pistes was supported at the event by their ambassadors Astier Nicolas, the Rio Olympic Gold medal winning eventer and Equidia Life presenter, Kamel Boudra. The former took part in an autograph session at the ADDP stand which proved hugely popular with his many fans. Whilst Kamel Boudra organised for the ADDP team to be interviewed on Equidia Life during the Devoucoux Derby Cross Indoor event on Friday evening.
Anecdotally, the champion French racehorse trainer, Jean-Claude Rouget and Astier Nicolas, two leaders of their respective sports, were able to meet and exchange ideas for the first time at the ADDP stand.
The next trade show where Au-Delà Des Pistes will be present is at Les Grandes Ecuries in Chantilly on Saturday 18th March, where the charity will have a stand during the EquiEtudes conference on Horse Welfare.